Take a train to the sea 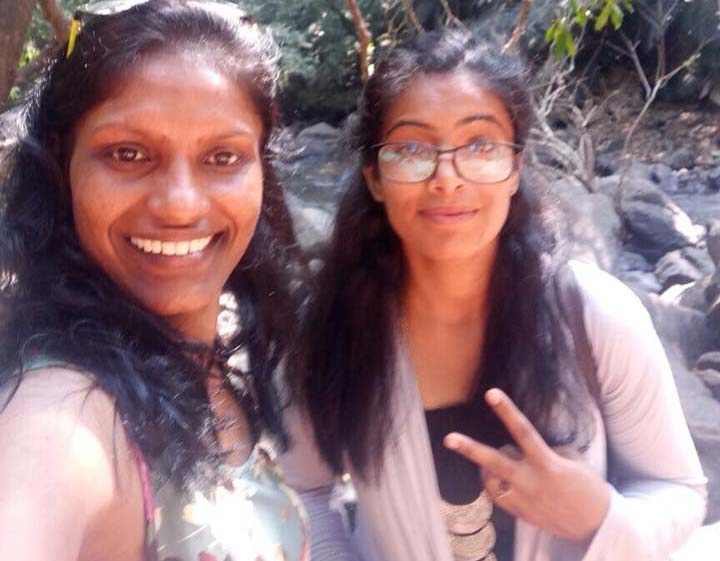 “Thank you didi*, without you and Aara we would never have seen the beach”.

“A dream came true, life is unfair, but I am so happy I got this wonderful holiday and experience. My mind was for a while finally free”. 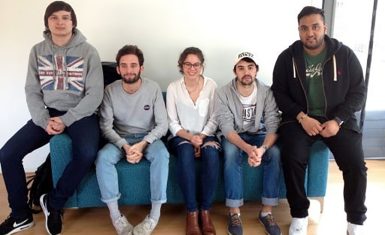 Hello everybody!
We are five exchange students from Great Britain, France, Russia and Spain studying at HAN University. We came up with the idea of doing a movie night called ‘Bombay Night’ with the aim of raising money for Tara Projects to help Indian girl´s education. We also want to raise awareness amongst people about the social and gender inequalities that this country is bounded to.
The event will take place on the 17th of May at HAN University (Arnhem-The Netherlands) and it will consist of the projection of ‘Salaam Bombay’ (an Indian drama-crime film that shows the life struggles that  Krishna, Manju, Chillum go through according to social inequalities, poverty and misery). After that we will enjoy an exhibition of letters and paintings from the girls that Tara Projects is working with. They will explain to us what education means to them, what do they want to become in life and how Tara Projects is helping them. In following the theme of the evening we will offer an Indian buffet.
We decided to choose Tara Projects because we felt linked to it and in some way identified with the cause. This is a chance for us to realize how lucky we are to have the education and opportunities that we have. We also choose Tara Projects because we were looking for an association, fundraising that projects in every moment transparency and honesty. When we spoke with Asha Dijkstra, we knew that we founded what we were looking for.
The money we raise will be entirely be donated to Tara Projects to help this cause.
Thanks a lot, Elana, Vijay, Hugo, Michael, Gennady.

I am Anchal, 25 years old and living in India in Lucknow. Iam an advocate now cause of the help of Aara foundation.

We are three sisters and I am the middle one. I have seen my parents fulfilling all our needs and never share the financial problems they had to face. But I knew it because I saw them very closely.

That was a hard time I still remember the year of 2012. I still remember that time of struggle and fight as we got financial crisis because my younger sister also had to join college and my elder sister’s marriage was ahead. That also costs lots of money in India fort he girls parents. They have to pay the parents of the groom lots of money and give them possessions. We have taken house loan. I was struggling to manage my college fees from somewhere because my parents were already into loan and managing college fees of my younger sister who has to study in another city.

In that period the only good thing happened to me was that I met Asha through working on a project on female foeticide. Because I was very tensed those time, I decided to share my situation with Asha. And that sharing turned into a hope when she told me that she can support me with money. It was a big part to finish my study.

At first sight I was so confused because I couldn’t make out as in whether it will be right and if I do so would I be able to pay her back. Bunch of questions keep arising in my mind and I used to explain that to her that she need to wait till I pay her back. After listening to all my hurries and worries she replied with a big smile that I don’t have to pay her back because it will be a donation. She said to me: “Anchal I wish you could finish your study and develop yourself as a free independent girl. Thats’s most important”.

Hearing that I got a mixed feeling and question myself:  “am I the one who actually agree for donation because me and my family were facing financial crisis. But we don’t belong to ‘poor class”. We don’t want to see ourselves as poor. It feels like embarrassment or shame. And we still can support ourselves in food and we have a small house. I felt there were families who needed this money much more.

I was totally confused. I felt If I woukd receive that money, it would bring me to the poor class. That was a confusing mind of state. Again I shared my feelings with Asha. She replied that she wanted her money to be used for good education for girls who can not fully manage their own. She also said she want to contribute in first hand help. She added that she doesn’t need anyone in between, so she knows the money goes direct tot he people she knows. In that way its complete transparant and reliable.

Lastly on getting satisfied by myself that I am not asking but she is willing to support me through donation which doesn’t put me in poor class  I finally calmed down.

Through Asha’s support I got the courage to stand back and I successfully completed by last year of law college at the university of Lucknow. I finished my masters and Iam an advocate now. At the office we work on sexual abuse including kids, sexual harrasment at workplaces and fight for victims of domestic violence.

My dad will get retirement next year from job we still are paying our house loan but things are way better than it was earlier.

Today as an advocate i am extending support to the needy ones as I was supported by Asha.

With love and regards